Friends of Sinn Féin (Canada) Inc. was established in 2001 in close co-operation with the Sinn Féin leadership in Ireland. We obtained official government recognition for our objectives and were incorporated with a Letters Patent. In 2015 we transitioned to governance under the modernized Canada Not-For Profit Corporations Act.

We operate in liaison with Sinn Féin in Ireland. Our financial contributions to Sinn Féin are made in accordance with laws in the North and South of Ireland. We are guided by the principles of fiscal responsibility and full transparency. 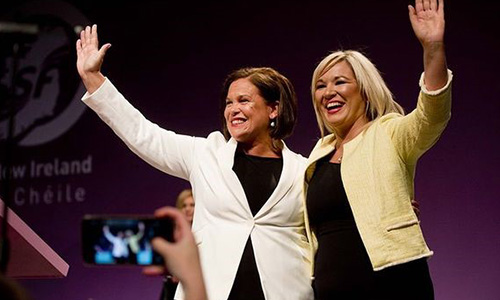 To support the Irish peace process, of which the Irish political party Sinn Féin is an integral part.

To disseminate public information and engage in advocacy about the need for justice, equality, human rights, self–determination, democracy, and lasting peace throughout the island of Ireland.

To increase the profile of Sinn Féin in Canada and to raise financial contributions and donations from Canadian citizens and residents for Sinn Féin and the further development of the Irish peace process.

To carry on business activities, with no pecuniary gain to its members, in furtherance of the above–noted purposes, including, the sale of merchandise and the presentation of fundraising events. 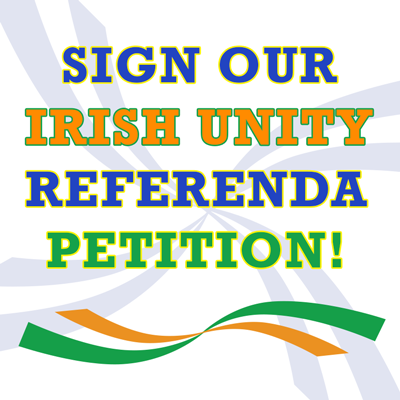 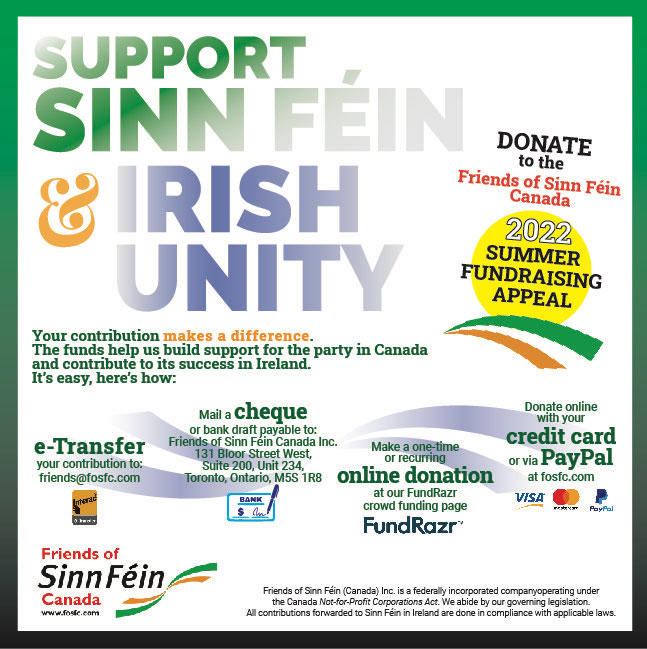 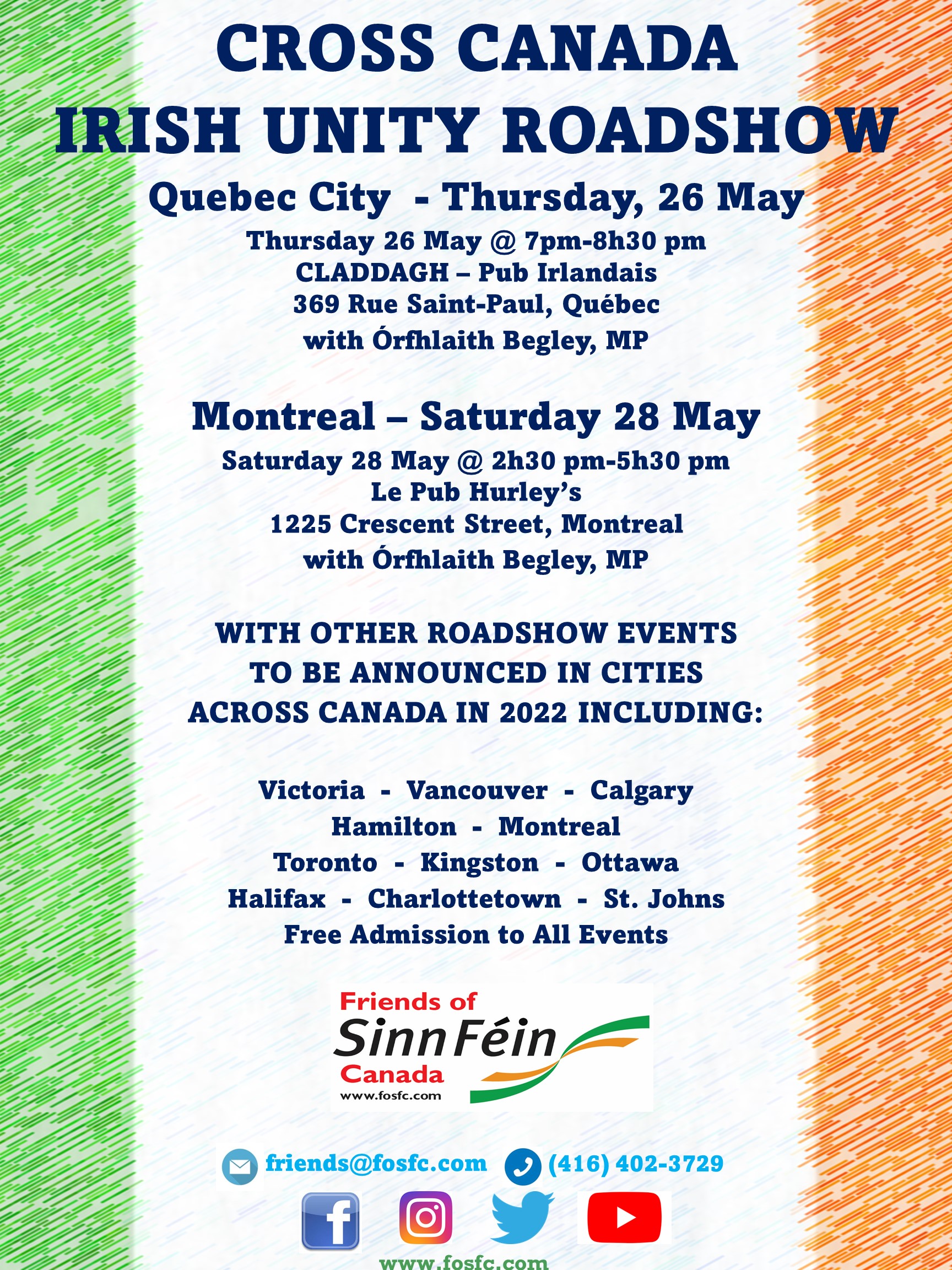 Following the hugely successful kick-off to our Cross Canada Irish Unity Roadshow in Québec, other Roadshow events to be announced in cities across Canada. Stay tuned... 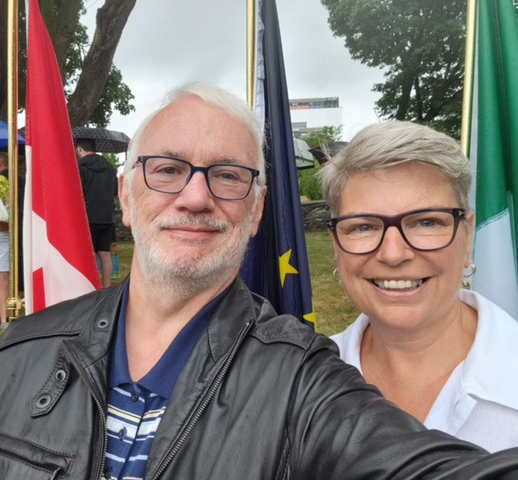 Commemoration of The Great Hunger, We Will All Need A Holiday, DUP Still Living in Denial of Election Result, From Unionism to Irish Unity, Summer Fundraiser. 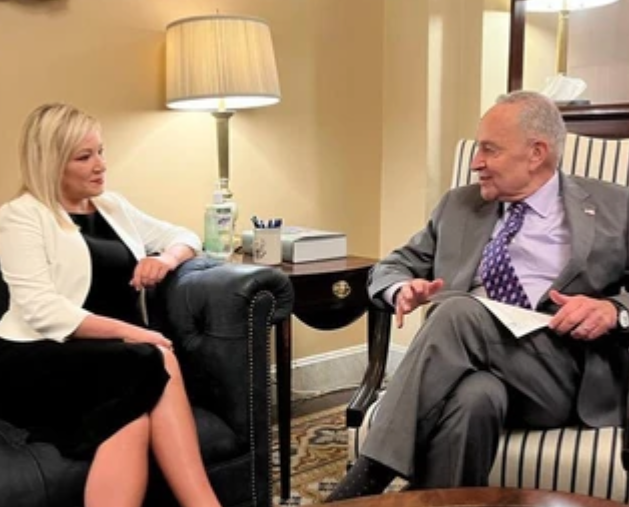 The Personal and the Political, O’Neill calls on US to uphold Good Friday Agreement during Washington visit, Sinn Féin Launches Commission on the Future of Ireland, Mary Lou McDonald addresses the National Press Club of Australia. 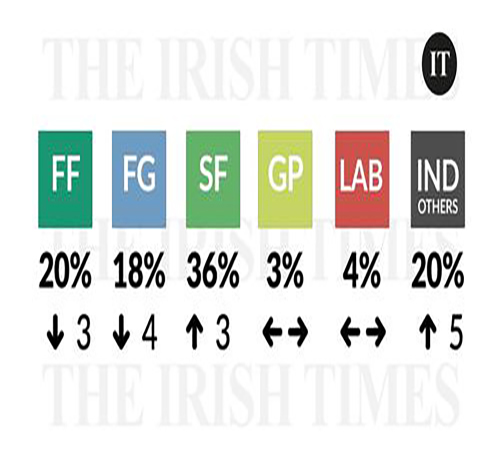 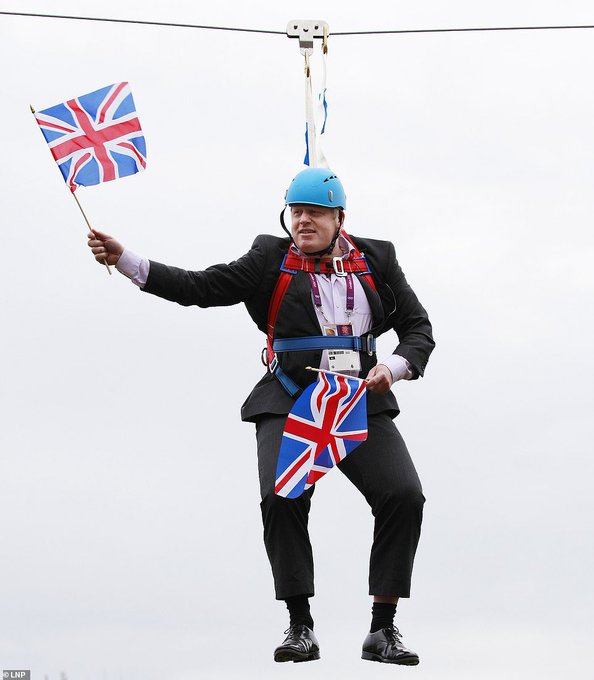 Sign electronically below or print and return petition to us via email at friends@fosfc.com or regular mail to: FRIENDS OF SINN FÉIN (CANADA) INC. 131 Bloor Street West, Suite 200, Unit 234, Toronto, Ontario M5S 1R8

We, the undersigned members of the Irish Diaspora, and friends of Ireland, living in Canada, join with the Sponsors above in calling on the British and Irish governments to hold Irish Unity referenda, pursuant to the Good Friday Agreement, within five years and we offer our support and goodwill in this historic endeavour.

The Canadian labour movement played a key role in supporting the Irish peace process. It has also strongly backed our campaign for Irish reunification. Trade unionists and their supporters are encouraged to keep up-to-date on issues of interest to the labour movement and the drive for Irish unity by following the social media of the James Connolly Irish Canadian Labour Coalition:

LET'S GET IN TOUCH